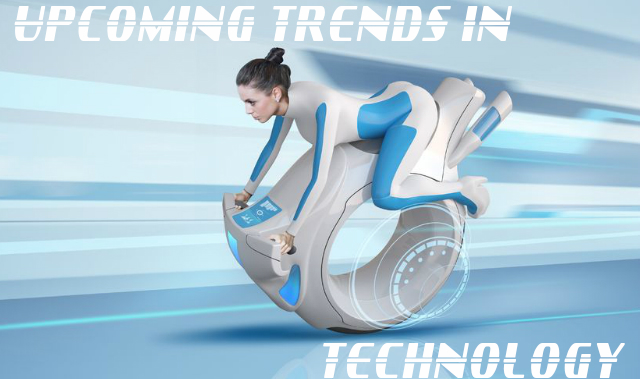 Have you wondered what some of the upcoming trends are in the technologies we hear about in the news? One thing we can be sure of – when it comes to predicting how certain technologies turn out – they almost always end up looking different than initially envisioned. We’ve seen evidence of that in movies that try to predict the future, if maybe a few examples of being right on the nose.

But is it becoming easier now to predict where specific technologies will be before the end of the decade? With technological evolution seemingly at a tipping point now, perhaps we can better predict where things like space tourism, electric cars, and dark matter are going to be within the next few years.

Where is Space Tourism Heading?

As exciting as space tourism might be for celebrities with deep pockets, the realities of space travel might haunt them once they get up there. Even if use of vomit bags might have to be part of the plan on their initial voyage, they’ll perhaps set a precedent for more space tourism that’s far more affordable.

Space Future notes that space tourism is probably going to evolve in several different phases. As with all things exorbitantly priced, once the initial phase of wealthy people safely taking their space journeys, prices will come down to make it financially reachable for others. They predict something akin to space hotels, or at least space tourism lotteries that would allow groups of people to go up into space for free.

Reaching further out into the future, the above site predicts tourism to the moon as the next step. By that time, and if enough people get used to traveling in space, it shouldn’t necessarily be counted out.

What’s Ahead in Electric Cars?

It may seem like it’s taking an eternity for electric cars to become more mainstream in the world. Nevertheless, it’s been reported that the electric car market is expected to jump 86% this year. Within a few more years, we may be seeing enough electric cars on the roads where we’ll finally gain a win from OPEC and constantly fluctuating gas prices.

Technology on electric cars is where you’ll see some change over the next few years. Most of that comes in more efficiency with what already exists, as in wireless charging and electric car rentals. On top of that, electric motorcycles are about ready to enter the marketplace, which is long overdue.

For a while, you’ll probably see a continued sales war over hydrogen fuel cell cars and electric battery cars. One will come out victorious eventually as the equivalent of all format wars, though this one could go either way.

Will We Soon Discover Dark Matter?

This scientific mystery has been up in the air for years. Right now, it’s generating as much excitement as waiting to see if the Higgs particle existed. With somewhat proof that the latter exists thanks to the Large Hadron Collider at CERN, the same device may soon be used to prove dark matter.

Whether dark matter is found there or not, it seems like it should be found out in space. The Fermi telescope from NASA is already looking at the Milky Way where plenty of dark matter is said to reside.

Scientists, however, are looking to the Hadron Collider where it’s most likely to be revealed thanks to the sensitivity of the equipment. In fact, all of the above equipment is much more sophisticated now than it ever has been, giving bold statements of dark matter discovery before the end of the decade.

created with by Ivana Zuber